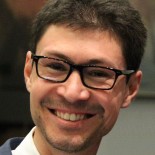 Tax planning is not neutral

Can and should morality be applied to corporate tax planning? I contributed to this “Big Debate” in the latest IFC Economic Report (issued by an association of International Financial Centres, not by the International Finance Corporation). The debate is very much alive in the Netherlands too, see for example this Volkskrant article and this one, and I will join a panel discussing it in the Soeterbeeck programma on 27 November 2013. Some people argue that tax planning is not about morality. I’d say they are in a state of denial – see my contribution to the debate below.

Corporate tax planning always involves moral judgements. It is impossible to take a neutral position. Like all professions that require complex case-by-case decisions, there exists no complete set of regulations or guidelines that prescribes how to approach tax planning. To the contrary, tax planning depends on the expertise, skills, and creativity of advisors. This gives tax advisors an important responsibility and not just towards their customers.

Morality is about what is the right thing to do. Some argue that company managers have a duty to the company’s shareholders to maximise profits, while respecting the law. This may seem neutral, because it leaves decisions about how companies should behave to governments, which make the law. Nonetheless, this position involves a moral judgement. It says the right thing to do is to maximise profits – but where does that imperative come from? This is as much a moral position as the notion that companies should pay a fair share of tax.

Let me illustrate that point. Suppose a global software firm wants to build a large new office in the centre of Nairobi. The investment will give a boost to the local economy. However, the designated location is currently occupied by illegal slum dwellings. The local authorities propose to bulldoze down the area, which would make hundreds of poor people even worse off. Now, who would argue that the company’s managers have a duty to destroy the illegal dwellings in order to maximise shareholder value? Clearly, their decision is not a morally neutral one.

Rarely is the effect of corporate decisions on society so direct, visible, and confronting as in this illustration. In tax planning, effects are typically very indirect, but that does not make them less real. Just like the office building, a corporate structure using international financial centres can have a positive effect on the economy, but also a negative effect on poor people. Some structures allow companies (and their owners and bondholders) to reduce their global effective tax rate to single digits, reducing government revenues. This may negatively affect poor people that would benefit from higher government spending on basic infrastructure, health care, and education.

Thus, tax planning is never neutral. As a tax advisor, you have a responsibility for its social effects as well.

This entry was posted on August 26, 2013 by fweyzig in English posts.